But they never got my mind 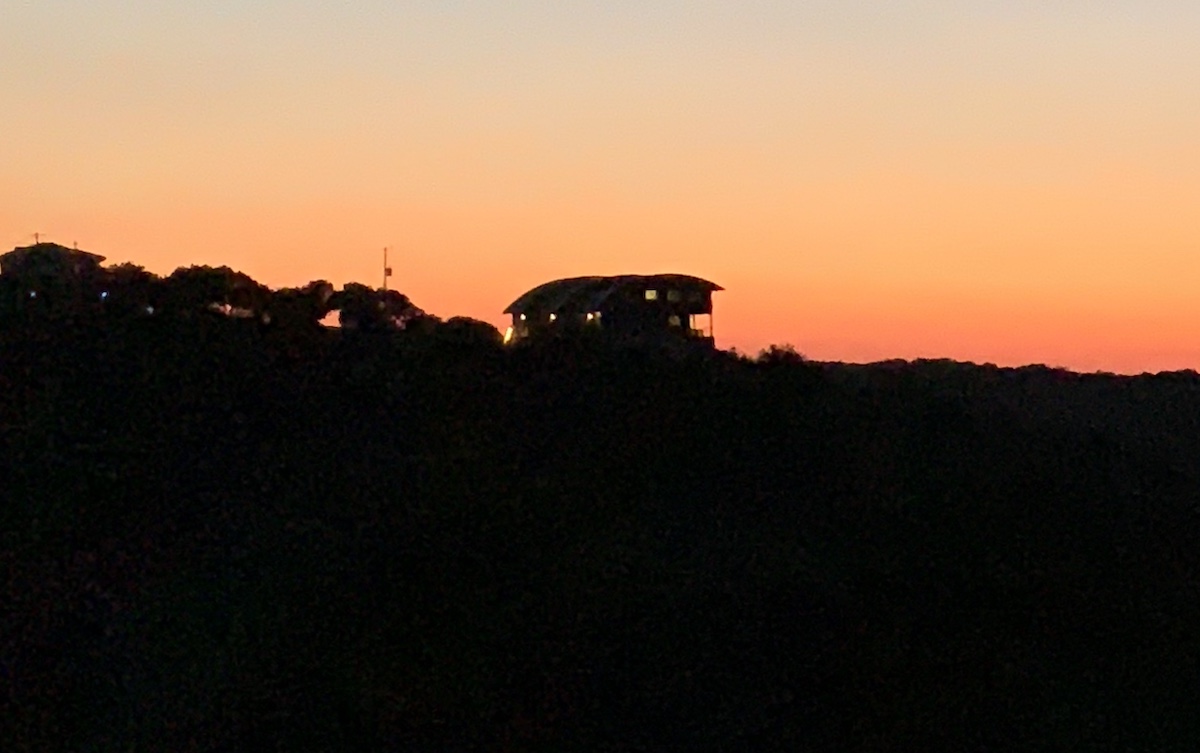 I was leaning on the balcony of Dulcinea looking downhill across the trail and into the Deep Valley. Across the Valley the tree canopy rises and pulls your eyes upward to the Modern Wizard’s Tower atop the opposing hill, a sleek and shiny thing of metal, glass, and stone. At night muted blue flickerings in the windows bear witness to the omnipresence of the media gods.

As my gaze dropped back into the Valley, something spoke out of me. Something within me rose into my awareness, resolved itself into words, and burst into speech without my permission. This thing thing spoke within me and my mouth moved and I cried out into the Valley:

My words fell into the trees, shattered on the rocks, and melted into the ground.

Now where have I heard that before? Oh yeah, I used to say that to myself a lot when I was younger. It was a kind of mantra for me. Sometimes I even said it out loud. It’s been years since I said it though, and it’s hard to remember who I even was back then.

Only it does make you wonder about someone who would say something like that. It’s just the second half of a sentence, and we don’t know what was in the first half. People have been taking this guy’s stuff away from him, and all he has left is his mind, the poor bastard. But why is he hiding the first half of that sentence from us? Who are THEY? And If you stand by and let people walk away with your stuff, what does that say about you?

Is what I’m asking.

He says they never got his mind though. That’s interesting. Because I’m getting the feeling we’re talking about thoughts and feelings and worldviews and life journeys and all that interior, psychological stuff. This guy has been robbed, metaphysically speaking. And I’m sympathetic. I am. That inner stuff is important.

I’d just like to know the exact nature of what was taken from this guy and a little more about how he managed to hang onto his mind through it all.

Is the kind of stuff I’m asking.

But they never got my mind.

I think I understand this guy. He fought until he had no fight left in him or until he had nothing left to fight with. They won. He lost. He held onto his mind but that’s not going to be enough.

Because all I ever wanted was to give my mind to something. All I was ever looking for was something worthy of my mind, worthy of my allegiance, my fidelity, my reason, my commitment, my drive for excellence, my need to find a light that shines in the darkness.

They never got my mind because I never found anything worthy of my mind. Or your mind. Or anyone’s mind.

And yes, I lost that battle. I gave up about a decade ago. I stopped looking and decided to keep my mind for myself, thank you very much.

I never found what I was looking for, you see.

And I will never get over that.