The Pissing Stone of La Mancha 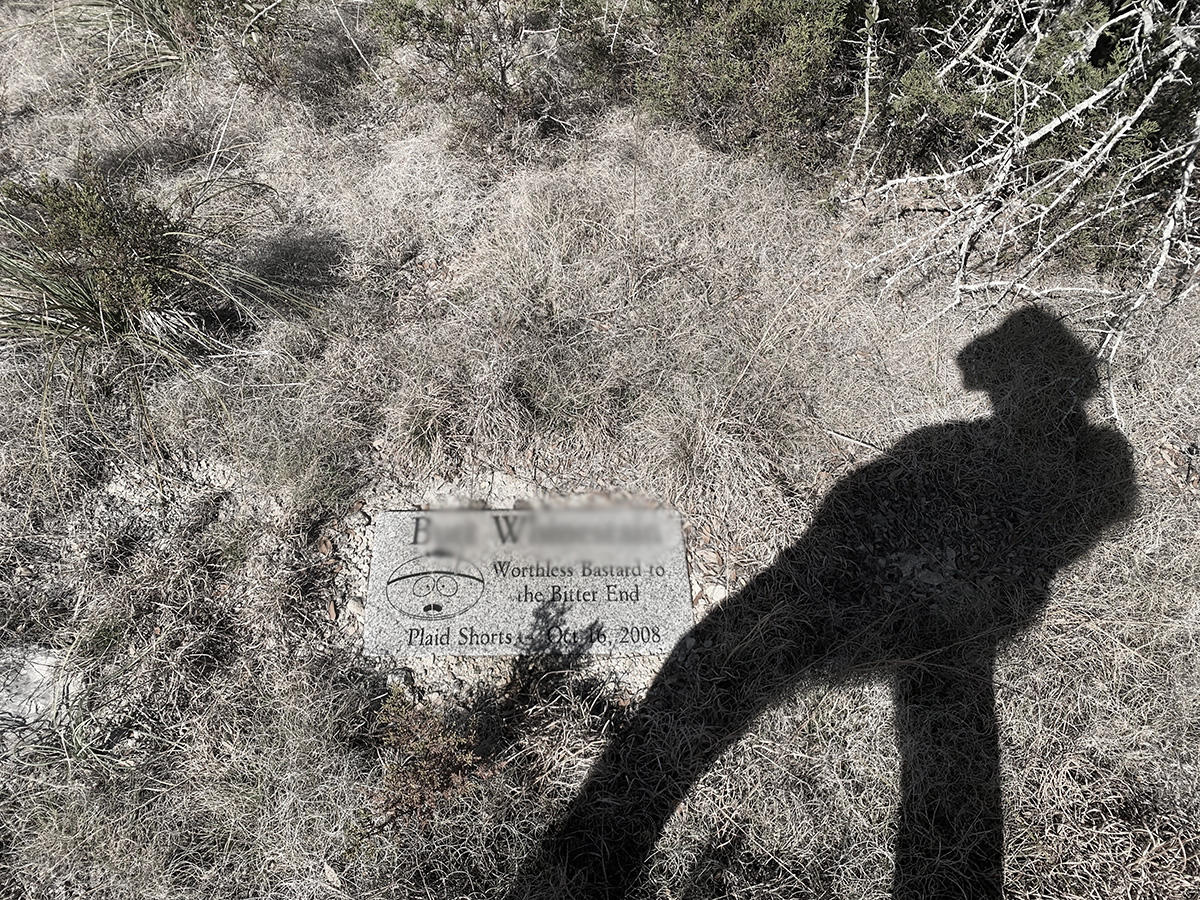 The facts about the legendary Pissing Stone of La Mancha are as follows:

Beyond Engelbrecht and the Lost Boys, where civilization ends and the Western Wild Lands begin, there is an enchanted gravestone embedded in the ground and designed specifically to be urinated upon. This arcane ceremony is generally performed by inebriated wizard students after their long days of study at the Tower. The exact spell cast on this stone years ago is unknown, but it is harmless to those performing the ritual ablution. So if you ever find the Pissing Stone and are so inclined, you may christen it yourself and no harm will come to you.

I have also confirmed that an Academy wizard anonymously submitted the Pissing Stone of La Mancha to a national registry of monuments, as a joke. It was accepted, and for a time people would show up wanting to see it. Because the location of the Pissing Stone is a closely guarded secret among the wizards, the staff could offer no guidance beyond pointing the pilgrims westward and wishing them good luck. In time the registry realized it had been duped and removed the entry. Visits slowed and stopped. And now, years later, the Pissing Stone is all but forgotten.

I believe there are only four people left in La Mancha who know where the Pissing Stone is. The Wizard himself, of course. I have seen a document in the Tower that mentions it. Chancellor Daniel W and Vice Chancellor Dave Y, both fully credentialed wizards, know where it is. And now I am the fourth. I made it a point to look for the Pissing Stone whenever I hiked in the Western Wild Lands last year. It took me months to find it, but I can now testify to its existence.

The origin of the Pissing Stone was never recorded officially. The Wizard has his story. Dave Y tells a slightly different version. I spoke with others who filled in some of the gaps. The story is incomplete and there are some contradicting accounts, but I can tell you, more or less, what happened. Years ago there was a gathering of Wizards and various wizard students at Engelbrecht Inn and Tavern. Dave Y was in attendance and was showcasing some sort of spell. He keeps telling me the details of this story, and when he is talking to me I think I have it, but later parts of the story seem to fade away, like a dream. There was something about modern equivalent clothing and maybe Scotland. I can’t remember why, but all the wizards in attendance were wearing plaid shorts.

Now there was a cocky young wizard in attendance whose initials were – and I suppose still are – BW. Apparently he angered some of the wizards by mocking their names, which I’m told is a big insult to wizards, who do not like their full names spoken aloud, much less made fun of. Dave Y was particularly insulted that night and vowed revenge. He created the Pissing Stone, inscribed it with BW’s full name – first and last – and imbued it with a rare spell that only he knows. He then caused the stone to be hidden a short distance from the Inn.

The next time the wizards gathered at the tavern, Dave revealed the existence of the Pissing Stone to everyone except BW. That evening the wine flowed and wizard after wizard trudged out into the dark to add their personal magic to the stone. When a drunken BW staggered outside and discovered the stone, he left La Mancha in a huff and has never been seen or heard from again. Dave has never revealed the details of his spell, which is why its power continues to this day. It is said that as long as the stone is ritually cleansed at least once a year, BW will be unable to return to La Mancha.

I don’t know how much of the story is true, but I visited the Pissing Stone in February. So we’re good for the rest of the year at least.

The only known photos from the brief period when the Pissing Stone of La Mancha was a national monument.