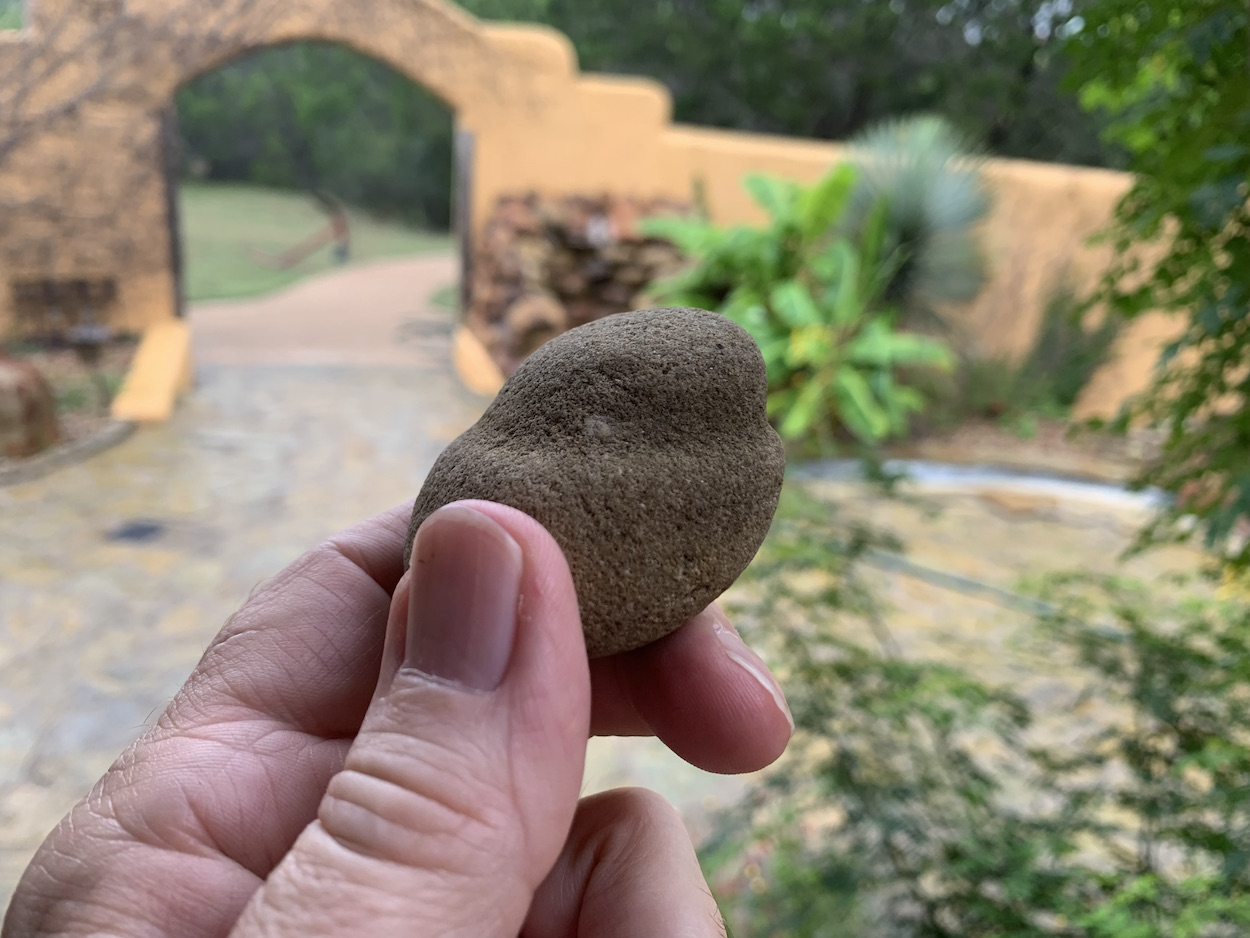 It is difficult to imagine a thing with less value in the Land of La Mancha than a rock. Ours is a rocky, thinly-soiled land where jagged shards erupt from the earth everywhere you look. I doubt there is a place in all of La Mancha where you can sink a shovel without hitting rock.

In La Mancha rocks truly are the least of these.

Then the Wizard arrived. And he did what only a wizard would do. He imported millions of rocks into La Mancha. They brought them in by the truckloads, smooth rocks taken from rivers to line certain pathways and landscaping features. That was years ago. And now these stones have worked their way downward into the earth, just a bit. Just enough that it seems they have almost made a place for themselves in this distant and strange landscape.

One of these river rocks caught my eye a few months ago. Its odd shape drew me to it. I picked it up and carried it around for a few days. In time I began to believe I understood how nature had given my rock its strange shape. It was about this time I began calling him Elmer. And I think I can tell you, very roughly, his story. 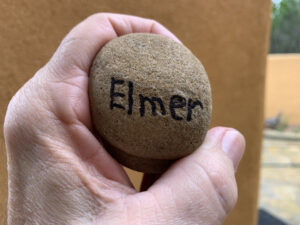 Annie Dillard, in “For the Time Being,” quotes scientist James Trefil who estimates it takes about a million years for a river to move a grain of sand one hundred miles. That gives us at least a sense of the time scale we are dealing with when I tell you how this rock came to be in La Mancha.

Elmer’s story begins in a land far away. Since he is a river rock, we can assume he was born high in some mountain. There was a moment, eons ago and seen only by the Greater Angels, when Elmer broke free of the mountain and tumbled downhill, as many rocks do. Elmer was unusual in that he ended up in a river. The sand and rocks in that river smoothed his shape and made him smaller and smaller, over many many millions of years, until he was small enough to fit in my hand.

And then three very rare things happened in succession. First, Elmer became lodged in an odd way, such that only part of him was exposed to the tumbling forces of the river. And whatever held him during that period was able to hold him long enough that part of him was ground smaller than the rest of him.

If that were the only rare thing that happened to Elmer, eventually he would have broken free and the river would have tumbled him into a smooth, ovoid shape again. But as luck would have it (Whether good luck or ill no one knows) Elmer was scooped up by a company collecting river rocks. He was sold and trucked back to the top of a mountain, back to a landscape that roughly approximates the land of his birth. That mountain was First Mountain here in La Mancha.

And then, a third piece of luck. (Again, whether good or ill no one knows.) Elmer caught the eye of a lonely writer as he trudged home from the Fang & Feather one very average and boring evening.

And that brings us to now.

Elmer has a name and a story, so he has value to me. He lives in my hermitage as part of a collection of found items that I may write about someday. Along with Elmer are two other strangely formed stones, a wedding ring box that was tossed in joy or perhaps sorrow from Chapel Dulcinea into the Valley, and a homemade magnifying device I found on a trail leading north out of La Mancha.

When the days are accomplished that Elmer and I should be together, I will deliver him to a river so he may resume his original journey. In a million years he will be one hundred miles downstream and well on his way. Who knows what else will happen to Elmer?

Elmer is a stone. Only the angels know their stories. 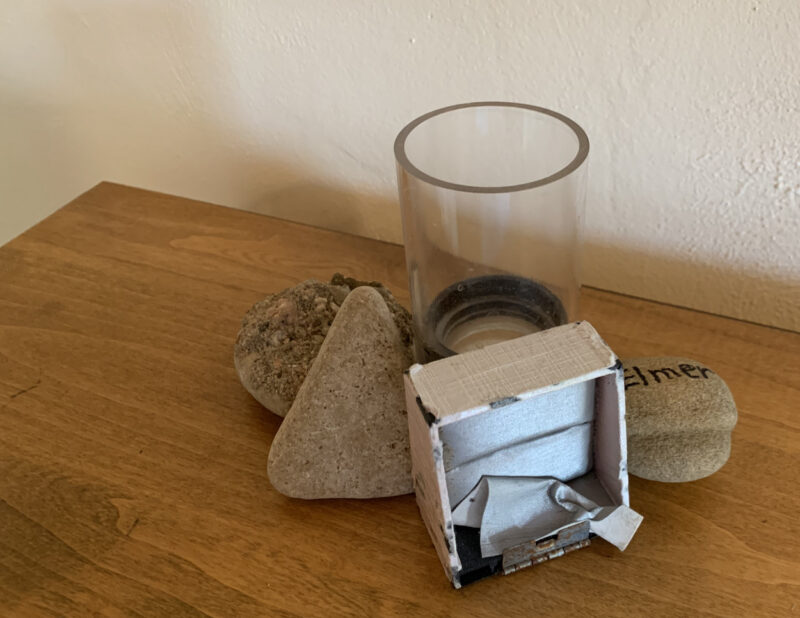