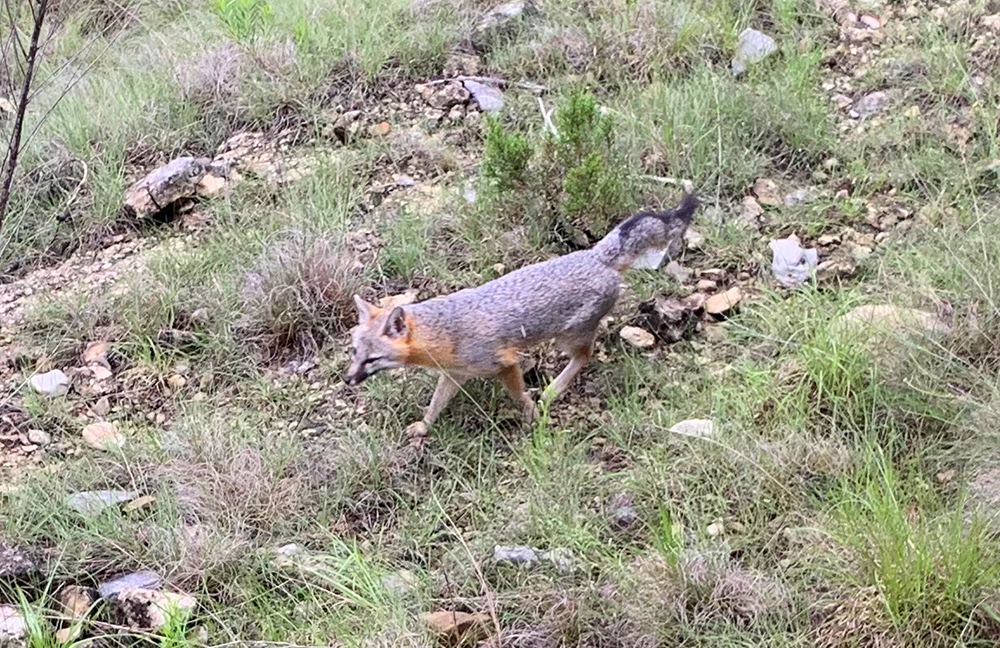 I hadn’t seen Foxy Brown in a couple of months, so I started watching for her. I walked the Camino late at night, hoping to find her eating bugs at the lights. But there was no sign of her. I was in denial for a time. I told myself you can’t plan for a fox. You run into them when you run into them. Perhaps, I told myself, I’d just had a run of bad luck.

And then one day I knew within myself she was gone. The certainty was undeniable, but I couldn’t figure out how I knew. Then it hit me. The Camino is too clean. Foxy leaves distinctive droppings made up mostly of insect matter. The grounds crew clears them away and she replaces them in a kind of good-natured, back and forth competition. Now I’m sure of it. Foxy Brown has left La Mancha.

She may have died. She may have been pushed out by another predator. I have been hearing a new noise coming from the depths of the valley at night. A heavy croaking kind of sound. But who can say why foxes come and go? She is gone, and it isn’t likely I will ever know what happened to her.

And that is fine with me.

Perhaps this would be a good time to tell you my general attitude toward the wildlife of La Mancha. I treat the animals like Doctor Who, which has a new actor playing the role every season. People have their favorite Doctors, but you don’t stop watching the show when your favorite leaves. You honor your favorite Doctor Who by giving the next one a chance.

So La Mancha is currently without Foxy Brown. During this period other animals will rise in the ecosystem to fill the void. We will likely have bolder mice and more toads around the lights this Spring. Wild animals live in complete fidelity to their instinctive behaviors. If you get to know one fox, you kind of know all of them. When the time is right, perhaps when the mice and toads grow a little too bold, another Foxy Brown will arrive in La Mancha. Her explorations will eventually lead her to the bug bonanza at the Camino lights.

And that is where she will meet me. We are kindred spirits of the Camino, Foxy Brown and I. She walks it to feed her body, and I to feed my soul. 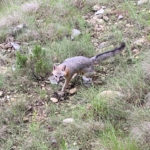 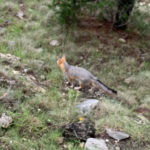 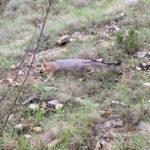 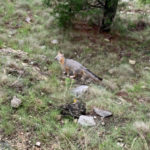 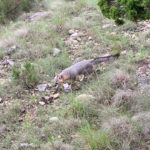