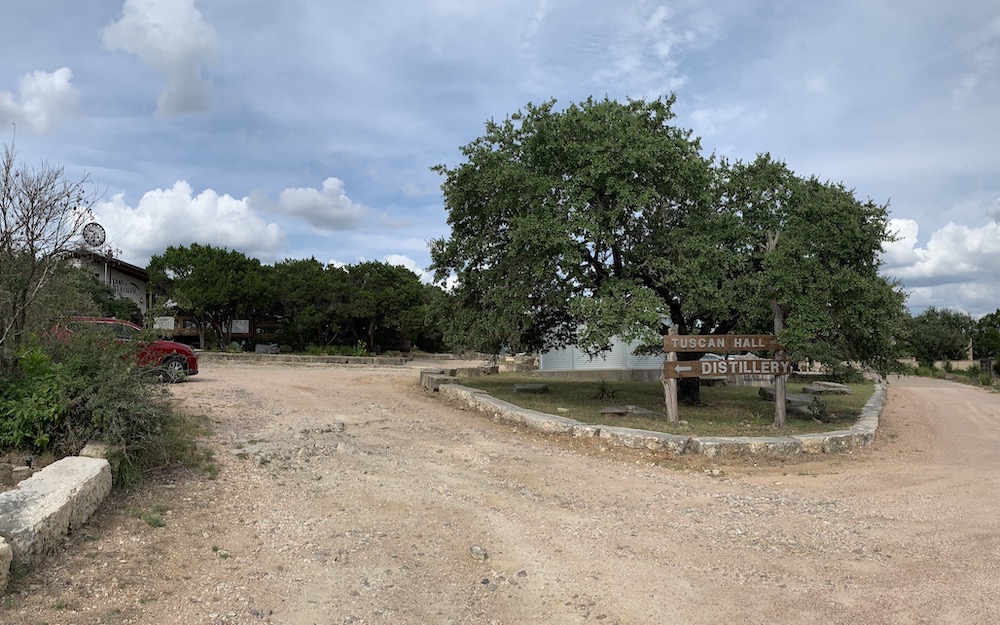 Meadow Lane, running east and west, curves gently around the base of First Mountain, which dominates the landscape of La Mancha. The Wizard’s tower sits atop this mountain.*

The lane is well named, for it was nothing more than a sparse and rugged meadow when the Wizard came to this land roughly twenty years ago. The ground erupts with outcroppings and ledges, but greenery struggles. A remnant of the original meadow can still be seen if you know where to look.

Cars would park in this meadow in the early days when there was nothing here but a free wedding chapel and a converted shed that provided modest refreshments to pilgrims who came to be married. The cars wore the soil down to bedrock. At some point the village elders started spreading gravel around to help with the mud. And that’s as far as organized development has advanced for Meadow Lane.

These days the lane runs the length of La Mancha and connects us with Williams Village to the east. It serves as a road, a parking lot, and a footpath. There are no lines on the ground because there there is no asphalt upon which to paint. Like the original meadow, the lane is wide in some places and narrow in others. Traffic flows like water, following configurations of parked cars that change slowly throughout the day.

There is a one-way road coming into La Mancha and another going out. Neither has a name because no one thought to name them. The enter and exit signs are the only posted rules for vehicles. Traffic in La Mancha is regulated by the good instincts and pleasant natures of those who visit. Most of the time things work out fine. And if they don’t, you’ll hear about it from the Happy Hour regulars who gather on Friday evenings, and have for as long as anyone can remember.

There are two schools of thought regarding parking lots. One is to lay down asphalt and paint early in anticipation of future need. The other avoids the imposition of order on the land whenever possible, for it is understood that much is lost when we press hard lines of meaning into creation.

I am pleased to report that Holy Chaos and Righteous Disorder are both alive and living well in La Mancha.

*Modern Texans call it Wednesday Mountain, one of three identical hills that run in a line. The other two are Thursday and Friday mountains.

An ancient map found in a cave and interpreted recently by a native American scholar tells us the people who lived here before thought these three mountains matched the three stars in the Belt of Orion, sometimes called Three Sisters.

They called themselves The People, and accordingly their mountain was known as First Mountain. I prefer the original name. 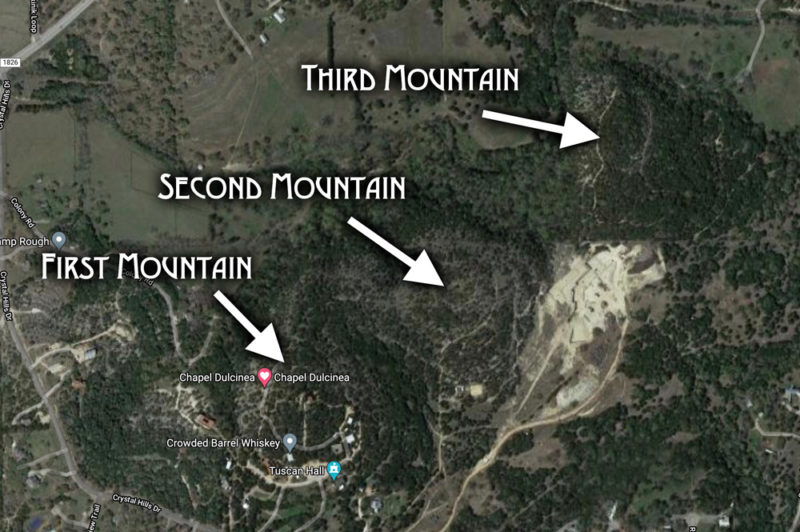