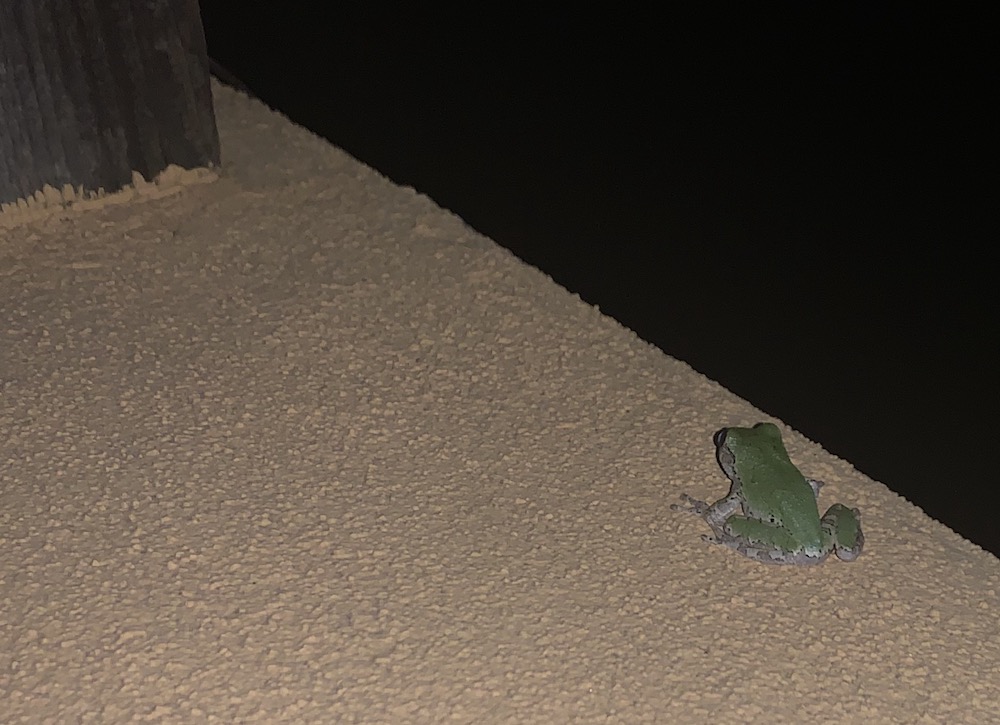 I frequently sit on the front balcony of Spence Manor and watch the evening drift in from the east. Tonight I found a little frog on the balcony with me. I didn’t see him arrive. I looked and he was there. I leaned over the balcony trying to understand how a frog could ascend to such great heights. In the end I decided he must be climbing the skeletal remains of the ivy we lost in the big freeze last winter.

However he managed to arrive, there he was. And the presence of a soft little green frog on my balcony was nice. I felt a strange prompting and spoke aloud to my new friend.

If you make no indication to the contrary, I’ll assume the name suits you.

In the oldest stories, humans are given the task of naming the other animals. It’s an honor with a hidden barb though. We only name animals we fear or need. When you take that a step further and give an animal a personal name, you are giving away a piece of your life. To a frog.

I glanced up from scribbling in my notebook and found Seymour had vanished. Gone without a trace. I looked up and down the ivy and all around, even scanning the ground by the pond. No Seymour.

I wonder if Seymour, with his razor-sharp instincts, will intuit that a man lonely enough to talk to a frog will probably leave his porch light on sometimes to attract insects.

Come for the bugs, stay for the conversation, I always say.