You will never be as lonely as this flower 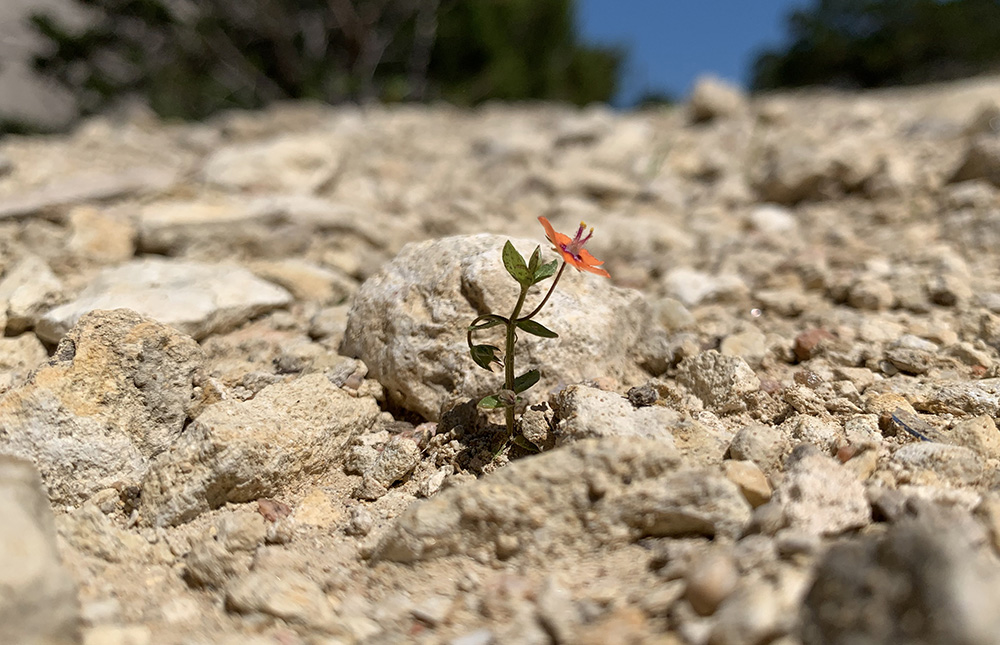 Consider the fate of this Puellae Chorum I found blooming in the center of the crushed rock construction road that runs behind the the Lost Boys cabins. This road was her universe and she was the only living plant in it. She was like an astronaut floating alone in space with enough life support to last only a short time.

Whatever else happens, you will never be as lonely as this flower.

I first noticed Puellae Chorum when I arrived on campus in the Summer. I saw a few off the back porch of Spence Manor, where I currently reside. They roll their petals tightly around themselves during the heat of the day, but on dewy mornings you’ll find them unfurled and on full display.

I picked one and held it close to my eyes. It appeared to me as a little ring of dancing girls in purple dresses with bright yellow hats. 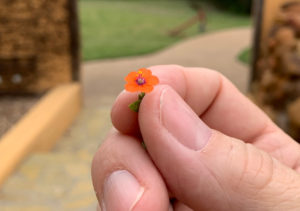 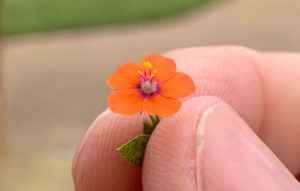 I have three daughters, all grown, and I miss the days when they were little dancing girls. So that is what I see. I don’t know what you see, but I think you can understand why she is currently my favorite flower on the campus.

But what to do with the lonely little flower I found perishing on that hard pan of limestone and baked dirt? I briefly considered transplantation, but she was firmly embedded in the crushed limestone, and in any case my giant fingers are not up for such delicate task. There was nothing to do but leave her to whatever life she had. She was still there two days later. On the third day there was no trace of her.

I know she was just one of billions of her kind that live and die on our planet. But I too am only one of billions. If you consider the size of the universe, my life isn’t much different from hers, in terms of its import and impact.

I’d say that I experienced a flower’s worth of grief over her passing. I did not feel sorrow, but I noticed her and I noticed when she had gone. I felt her loneliness, even if she could not.

And now something has changed within me. My eye is drawn to Puellae Chorum. When I see one I stop and say hello. I never pick them but sometimes I lower my body to the ground so I can see my dancing girls.

Somehow a lonely flower who lived for three days on a construction road has changed my heart. And for the better.