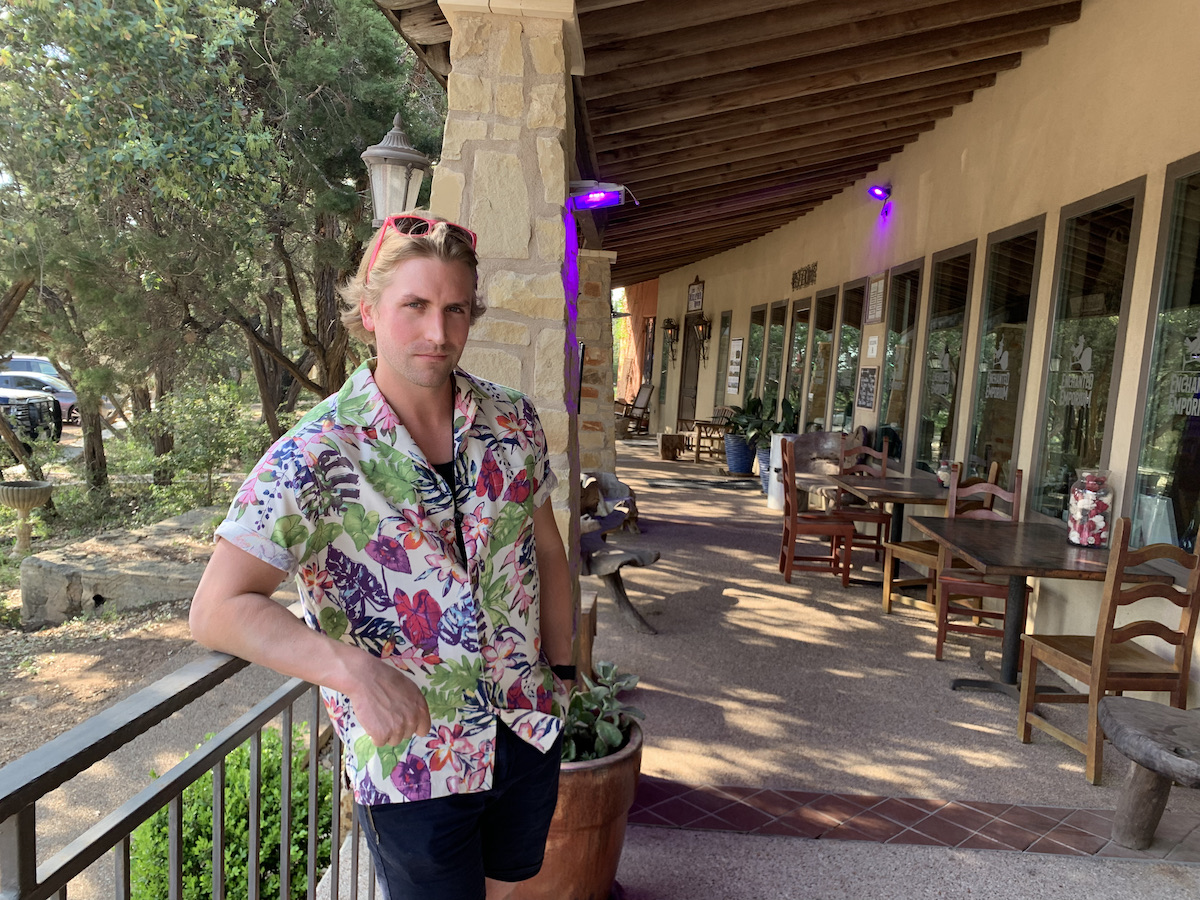 His name is Daniel, but everyone calls him Fancy Dan to distinguish him from Daniel Whittington, the Chancellor of the Wizard Academy. Fancy Dan is the Wizard’s media producer and editor.

I met Dan last year when I arrived in La Mancha, and I immediately noticed how gorgeous he is. He’s one of the beautiful people. He just is. But his nickname comes from the way he dresses. Every day, so it seems to me, is a costume party for Fancy Dan. And his costumes include different hair styles.

Fancy Dan is my exact opposite, when it comes to appearance and style. I’m a middle-aged bald man who dresses to be invisible. And I succeed. Mostly people don’t even notice me. I like it that way.

And now I’m going to tell you about the day that Fancy Dan shamed me, revealed to me my hypocrisy and prejudice, and then healed me of those afflictions. And he did it all without even realizing what he was doing. You see, before Fancy Dan showed me the error of my ways, I thought people who are gorgeous and put as much work into their appearance as Dan does were shallow people. Not bad people, but yeah, kind of shallow.

And of course, I thought people like me, who dress sloppily and write and are always depressed or filled with existential angst, were deep people.

It sounds so stupid now that I say it out loud. But yeah, that’s what I thought.

So there was this one day when I was at the Grape and Grain having a beer and Fancy Dan came over to talk. In the course of that conversation he told me he is dating a Christian Witch. That surprised and interested me. I was a minister in a former life, so I’m familiar with just about every kind of Christianity there is, but I had never heard of a Christian witch.

Dan proceeded to give me a theological summary of her denomination, along with some thoughts about nature religions in general and the fascinating trend of modern Christians embracing their more primitive, nature-based roots. And that was just the start of our conversation. We spoke of many things, deep and old and important things.

I was thoroughly shamed. This beautiful man has a beautiful soul. He’s kind and tender-hearted, deep thinking and curious. But it’s what he said next that really destroyed me.

Oh thanks. Which essay did you read?

Yeah, I read the whole thing. And I found your cairn in the Valley.

I sat staring at him with my mouth hanging open.

You took the time to find the cairn in the Valley?

Did you read the message I left in there?

And, per my request, he didn’t say the message out loud.

He smiled a Fancy Dan smile while I watched him with my soul coming to pieces inside of me. Suddenly Dan was beautiful to me, inside and out. And he read my writing, so he knows me. Really knows me.

To my knowledge, Fancy Dan is the only person who has read everything here and taken the pilgrimage into the Valley to find my cairn and read my message. It’s just me and Dan who know what’s in that cairn.

And so I love Fancy Dan. I feel he and I are connected in a soulful way. I always look forward to seeing him and saying hello.

And now I’m wondering if maybe, later this Summer, I might ask Fancy Dan for some fashion advice. I’m looking at my old, shabby clothes and wondering what would be the harm of having a little style of my own. Would it be so terrible if I had a couple of nice outfits and could dress up sometimes? No one is ever going to call me Fancy Gordon, but maybe I can be a little fancier than I am now. Maybe life is a giant performance art experiment and the costumes we wear make a difference.

And could it be possible that some of my depression and angst come from slouching around the campus wearing sloppy clothes all the time?

It’s always painful to discover that you’ve been wrong, that you’ve thought things about other people that are not right. But once you see the light, all sorts of new possibilities open themselves to you.

I have Fancy Dan to thank for that wisdom.