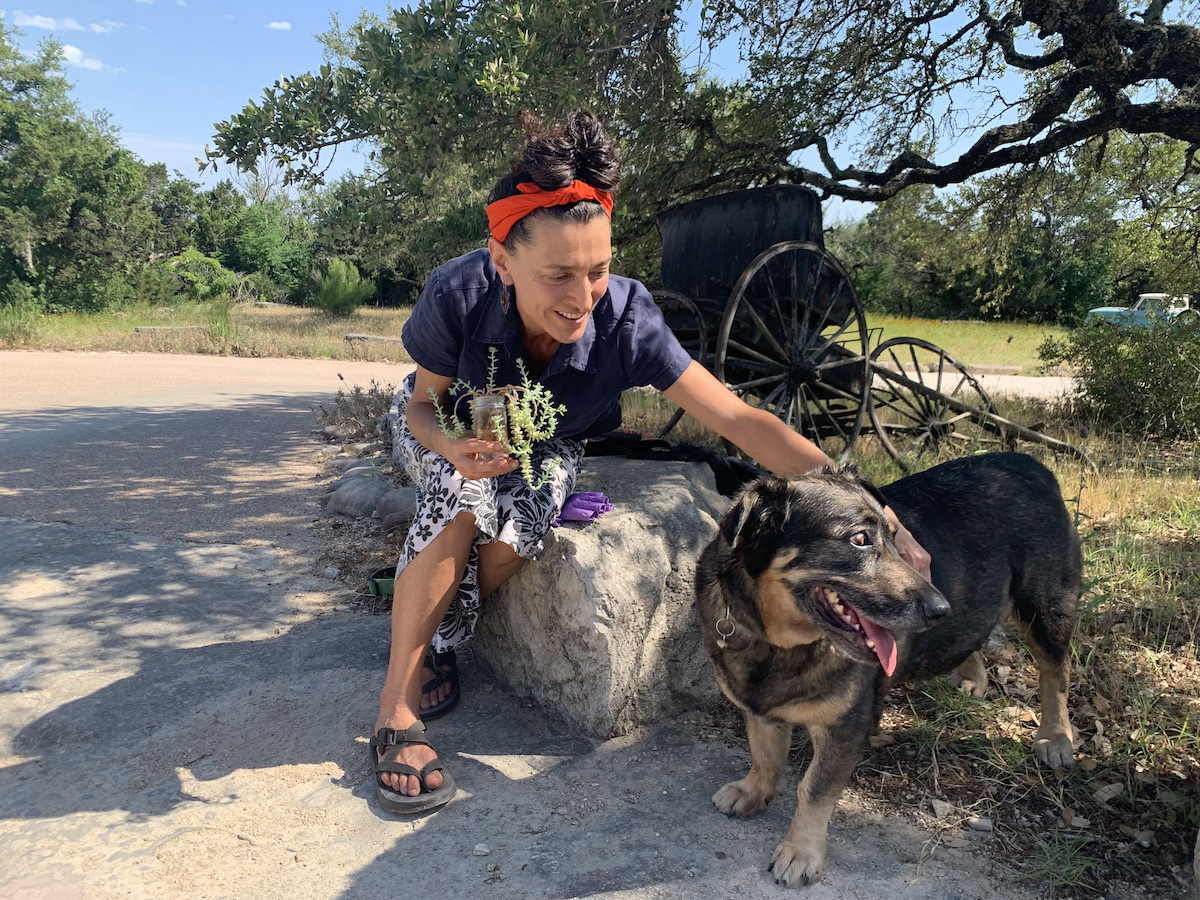 It was the day of the big freeze. Sheets of ice covered the campus, and parts of buildings usually hidden by trees were suddenly visible as branches dipped and sagged beneath the ice. Statues glittered. The two boys on a bicycle near the Tower had icicle earrings. 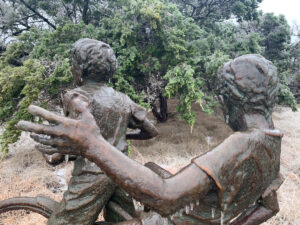 And I saw Roxi for the first time.

Roxi works on the landscaping in La Mancha. I met her months ago and we talk sometimes when I come across her and her dog Elijah working in the flower beds. But I never really saw Roxi until the big freeze.

The temperature had plunged into the 20s, and the grounds crew was rushing about getting flowers and other delicate plants covered. I saw Roxi on Gallagher lane cradling what appeared to be a wounded animal wrapped in a cloth. I walked over to see what had happened. She opened the cloth, but I couldn’t understand what I was seeing. The animal was hairless and seemed to have too many legs. Then something clicked and I realized it wasn’t an animal at all; it was a plant. Roxi found it perishing and was determined to save it. She had bathed it in warm water to wash the frozen soil away and was taking it home with her, down Gallagher Lane and beyond the Lost Boys into the Deep Valley, which is where Roxi lives.

She probed the roots gently with her fingers and wrapped the plant back up to protect it from the frigid air. She was smiling and happy and filled with a righteous purpose. Roxi loves plants the way some people love pets. I see that now. I see Roxi. 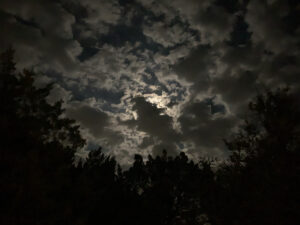 I was walking the Camino Dulcinea at about two o’clock in the morning, which is one of the best times to walk in La Mancha. There was a full moon and the sky was slate blue steel behind the clouds. I found myself in a ring of junipers, and that’s when things got weird.

The next day the spell was broken. I laughed at myself. I thought, “Wow, Austin is really rubbing off on me.” And that was it. I forgot all about it.

But then I saw Roxi.

Now I know there are other people who think plants are worthy of our care and consideration. That makes me think of my grandmother fussing over the menagerie of plants that turned her porch into a shadowy jungle. I always loved that jungle. And I do remove my hat when I’m under the trees in the Valley. I’m out of the sun and want to cool my head, but perhaps the honorific nature of that gesture has bled into my inner world. I don’t know how it happened, exactly.

But I saw Roxi and I saw the plant she saved.

And now I see myself.